To experience the alleys, lanes, courtyards and squares of Dresden at night with a safe escort and lantern light is something that should not be missed. The night watchman tour is something unique, very different from a city tour in daylight. The courtyard of the Zwinger Palace and the Castle Square belong to us all alone … With a halberd (to keep evil rabble and quarrelsome women off your neck), a bunch of keys (maybe for the chastity belts of the Fräuleins ? …) and horn we go to night in dark corners. You will hear stories, anecdotes, legends. Sometimes scary, sometimes amusing and definitely informative.

Events of times long past come to life. So we walk in the footsteps of the beloved mistress of August the Strong, the legendary Countess Cosel; You will find out where the “beautiful women” in Dresden pursued the oldest trade in the world and why delinquents sometimes had to ride the “Spanish goat” on the Altmarkt. Or do you want to know why one of our Saxon rulers of the Middle Ages was called Frederick the bitten?

What does a night watchman do during the day? Why does he sing and shout loudly at night? When did the night watchman’s song stop and why? Questions upon questions that you are guaranteed to get an answer to.

And I’ll show you something very topical, namely the place where in Anno MMXIX the break-in of the century took place, when very well-rested rascals stole the king’s diamonds from the Green Vault, where my night watchman colleagues of the 21st century probably slumbered. It probably wouldn’t have happened to me! 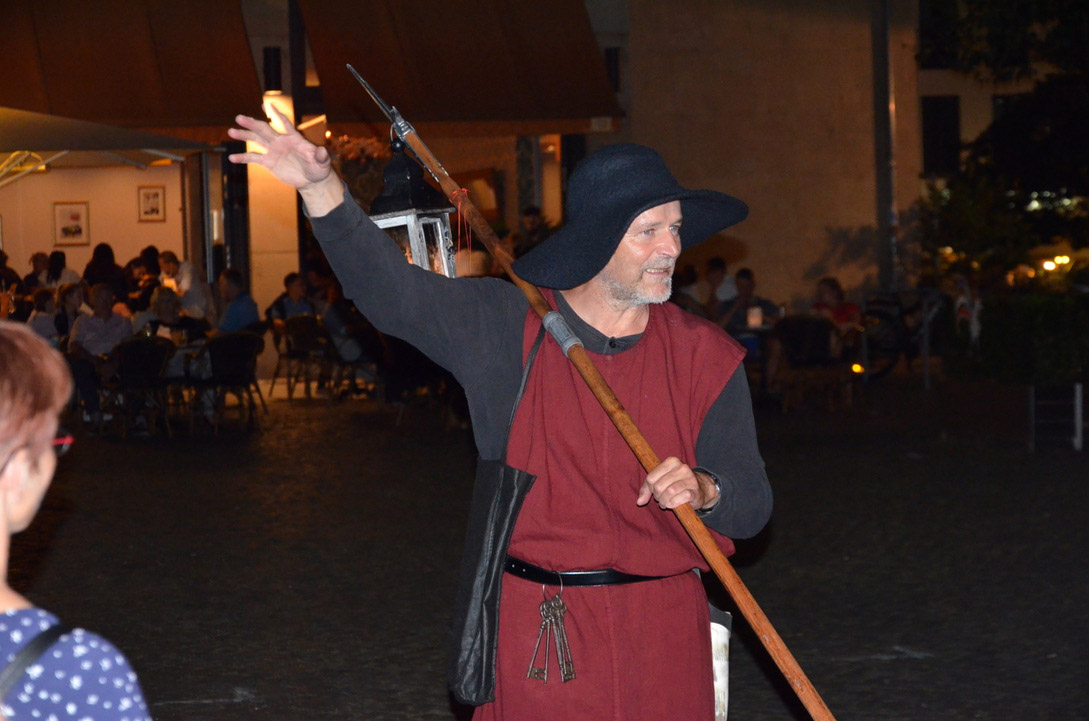 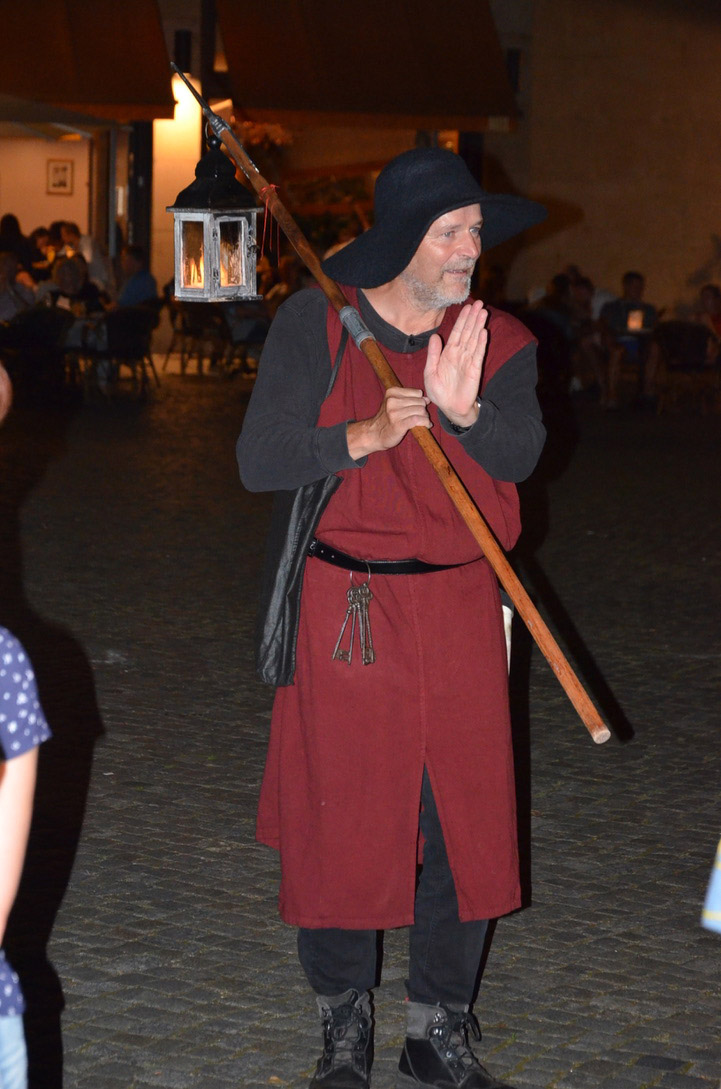 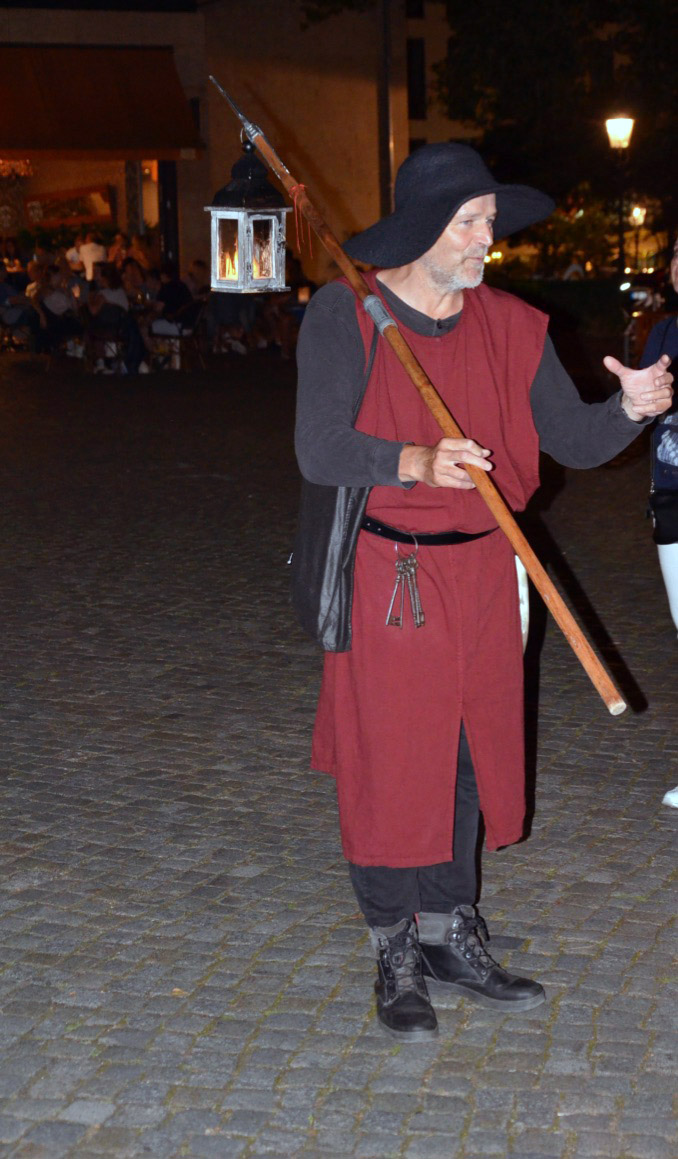 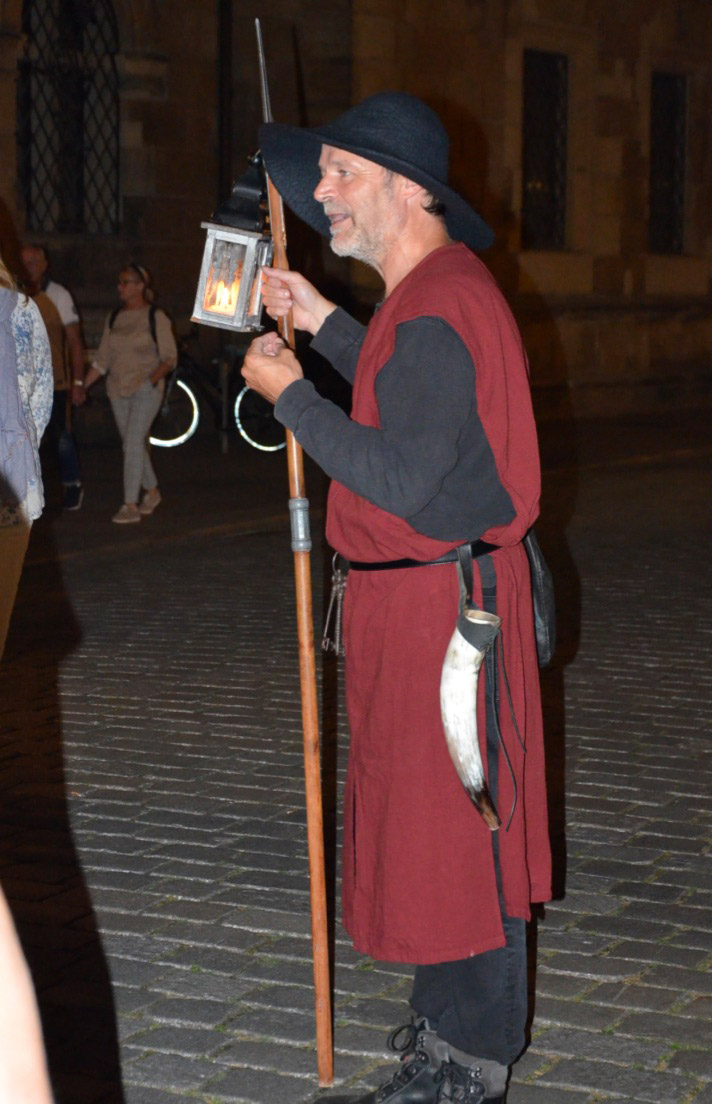 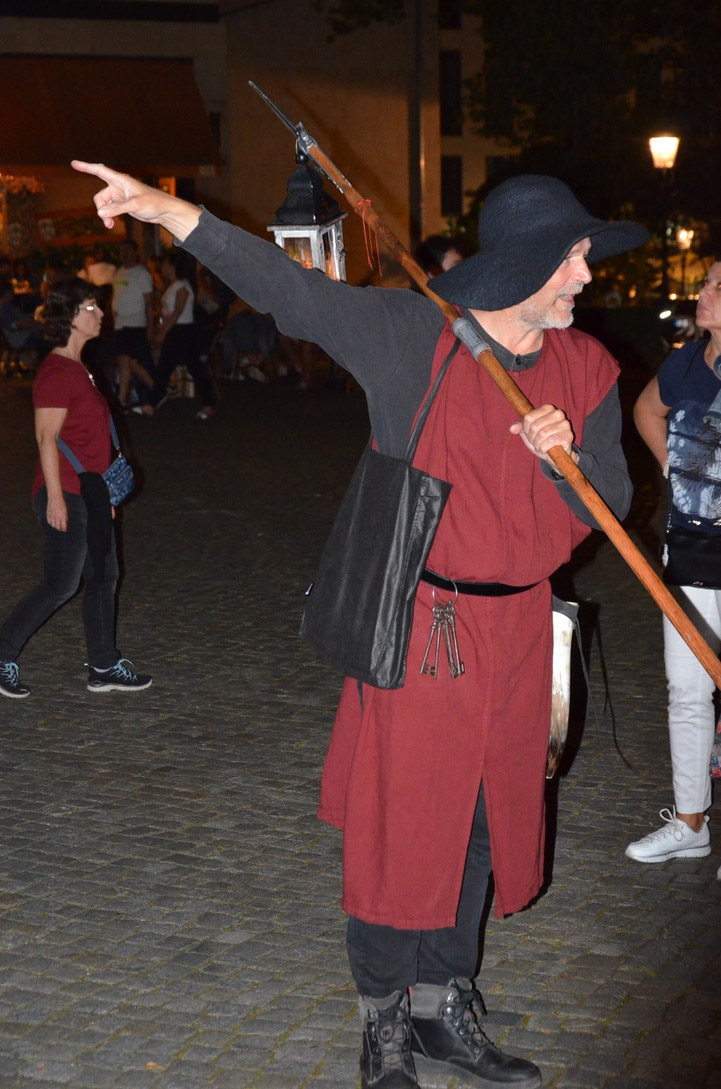 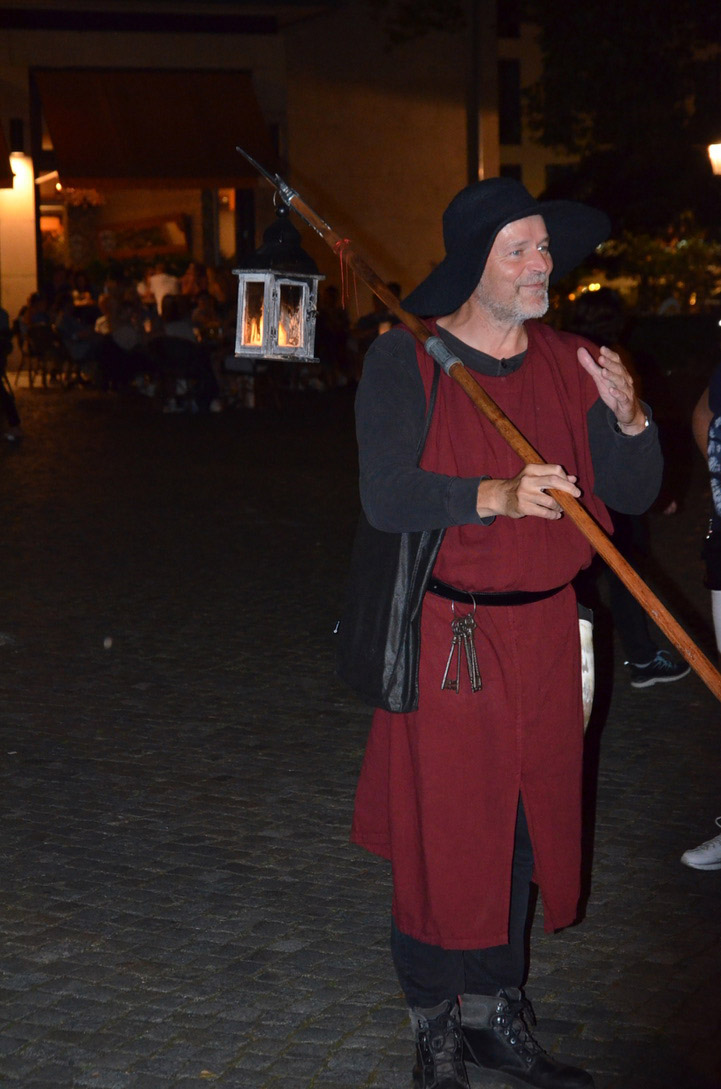 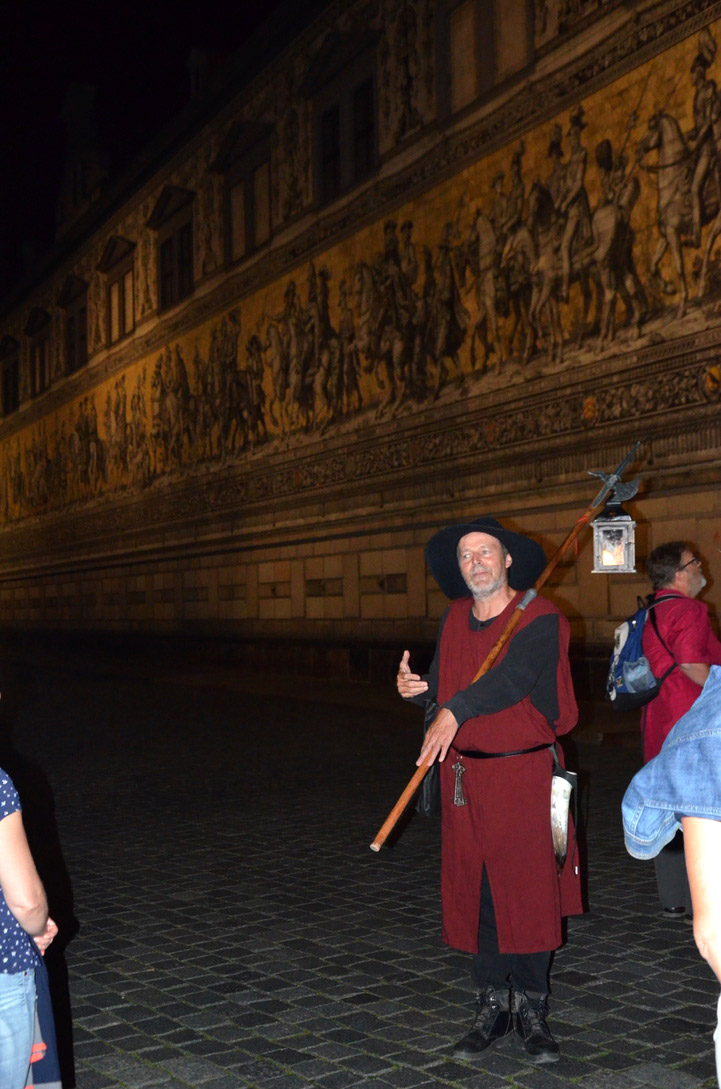 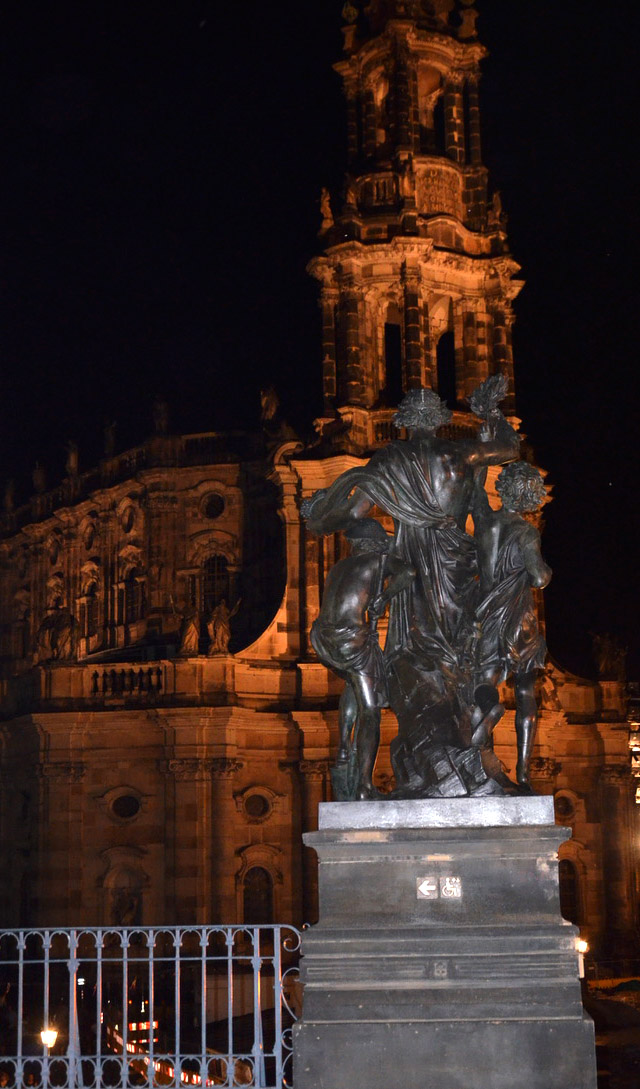